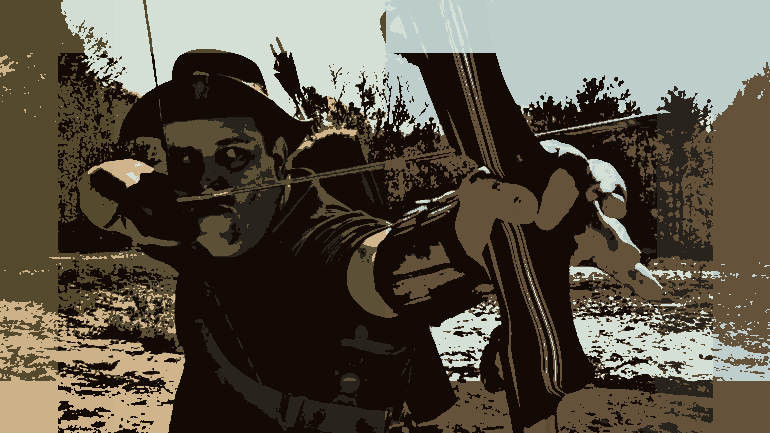 Opera Compact and the Production House Valkenburg, an initiative from the Open-air Theatre of Valkenburg, join forces to create special open-air operas that are both accessible and innovative. The productions are on the one hand entitled to the qualities of the original, but also to the content of a modern audience. Not the faithfully possible reproduction of the score is paramount, but a comprehensible translation of the intentions of the composer and librettist for a contemporary spectator.

Der Freischütz of Carl Maria von Weber is called the “first romantic opera” and is about Hunter Max, who has everything to gain his beloved Agathe. For this he must make a so-called “test shot”: an old use in which a hunter must show his skill as a gunman. Terrified that he will miss his goal, he lets himself be assisted by Kaspar, another hunter with a dubious character. Together they call the “Black Hunter” (read: Devil) Samil and pour under his leadership devilish “bullets”. Six of them always take aim, but the seventh goes where the devil wants. Max does not know anything about it, and if he has to start the test shot in the presence of his beloved Agathe, only the last bullet is still in his rifle…

Der Freischütz is about ambition; about something so like that you literally seem to be talking about. And it can only be too easily forgotten what it really was about.

The opera is based on the story die Jägerbraut from the Gespensterbuch of Johann August Apel with an important difference: in the version of Apel Max kills his beloved Agathe and becomes insane. Weber and his librettist Friedrich child opted for “happy End”, motivated by the fact that the composition was written in the optimistic years after the Napoleonic Wars (1792-1815): Confidence in authority and church could be restored slowly. Opera Compact chooses to return to the original literary version to create a narrative that is more in line with our Zeitgeist: A person is responsible for his own behaviour and must also accept the consequences of his ambitions.

The dark, magical narrative where nature and the intercourse of man is central is perfect for the fairytale surroundings of the open-air theatre Valkenburg in combination with the old tradition of the Sabreen rows in Limburg. Composer/arranger Jesse Passenier is invited to incorporate the score of Carl Maria von Weber into a recognizable but also renewed and exciting Freischütz. The opera is shortened to 1 hour and 15 minutes with four singers, actor, choir and wind orchestra. Opera Compact and the production house Valkenburg want to collaborate with local Sabres that have a prominent role in the opera. This creates a combination of amateurs and professionals, of Limburg folk culture and opera. Horns have an important role in the opera: Opera Compact seeks cooperation with the Horn class of the Maastricht Conservatory and introduces young talent to this opera. Also for the role of Ännchen a (master) student of the Maastricht Conservatory will be taking part. A unique opportunity to offer a young opera singer the opportunity to create and perform this role in a professional environment.