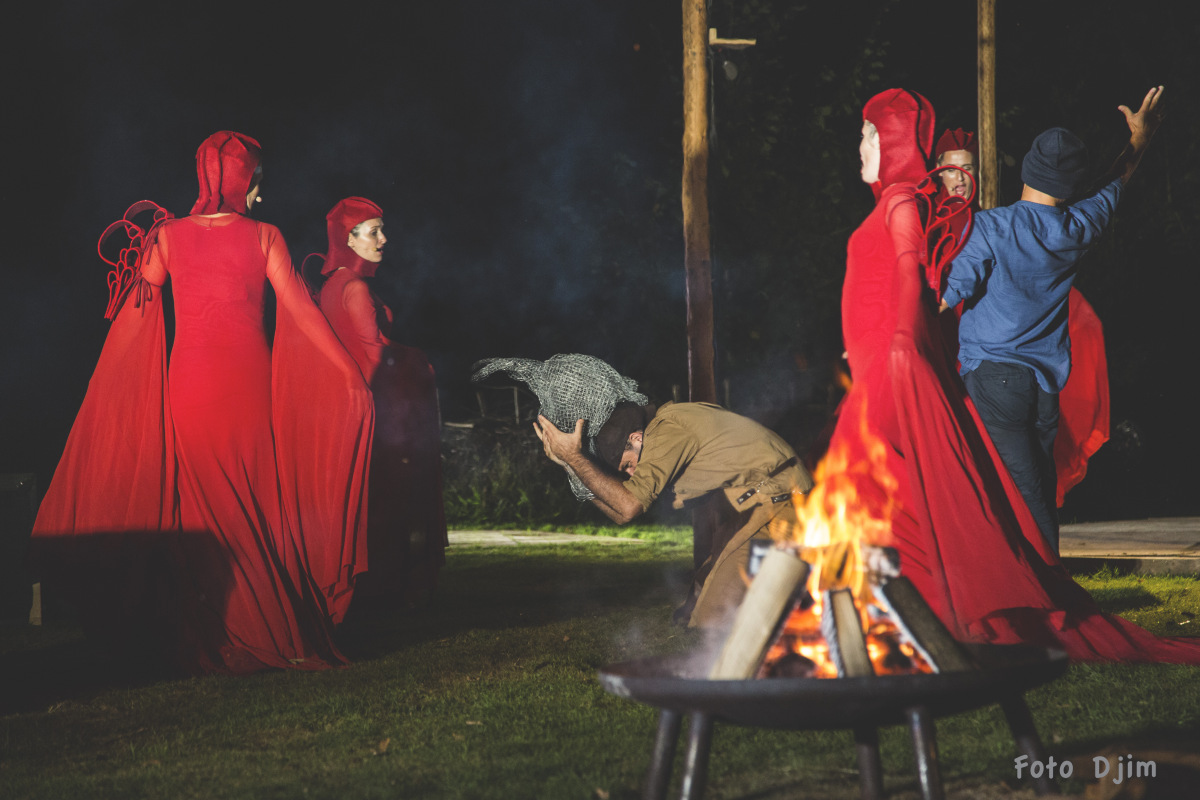 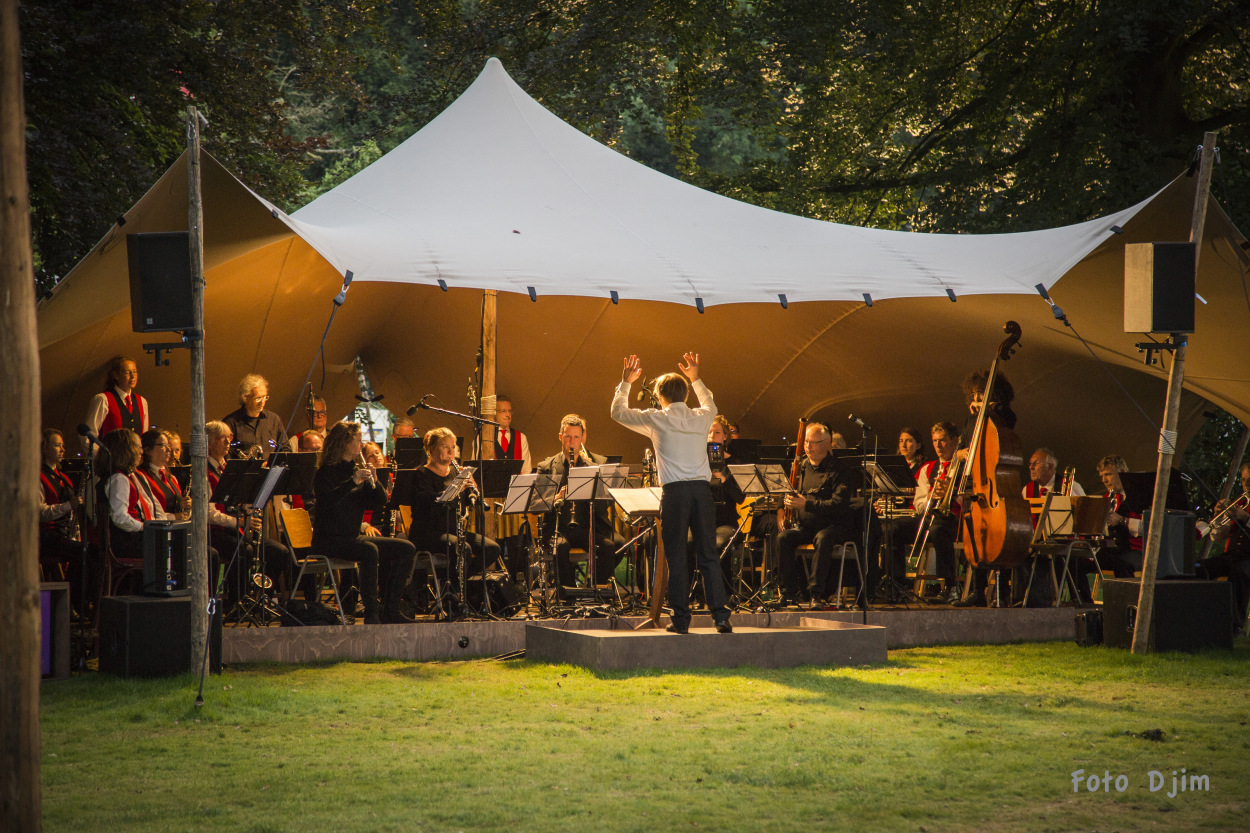 Midsummer Dream by Opera Leusden is loosely based on A Midsummer Night’s Dream, a romantic comedy by William Shakespeare from 1595.

The original story has several storylines with different couples of love. However, in Midsummer Dream director Joke Hoolboom (Holland Opera) chose for the storyline of Oberon and his beloved Titania, King and Queen of the Fairies.

In this adaptation, Titania, the Elves’ queen, has a child who is claimed by Oberon, King of the Fauns. He is jealous of the attention that his lover bestows on the child and wants to raise the boy to his varlet. Titania refuses to donate her child to him and Oberon calls in the help of Puck, his… Puck.

Puck must extract the juice from a magic plant. If this magical juice is trickled into someone’s eyes, the person will fall in love with the first living creature he sees as soon as he wakes up.

Meanwhile, a drunken man roams the forest; as a nagging Puck turns the head of this man into a donkey’s head.

At this point Titania brings her baby to bed and falls also fallen asleep herself. Oberon spies on her and drips as soon as she sleeps the magic juice into her eyes. Then the man with the donkey head barges into her palace and throbbing falls asleep beside her.

From there onward, things start to get messy… 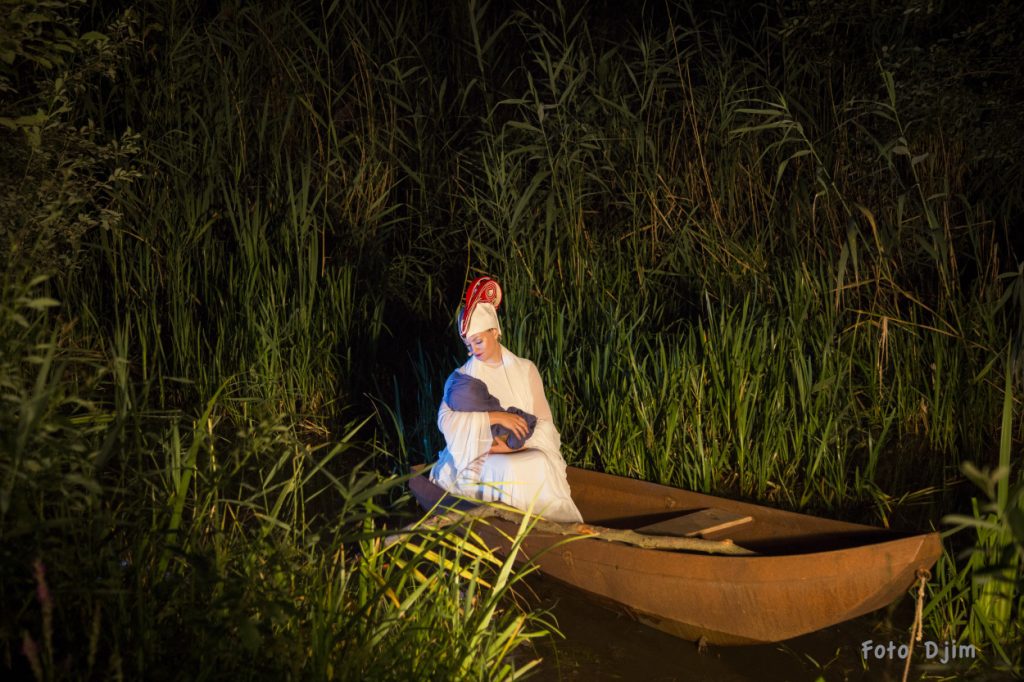 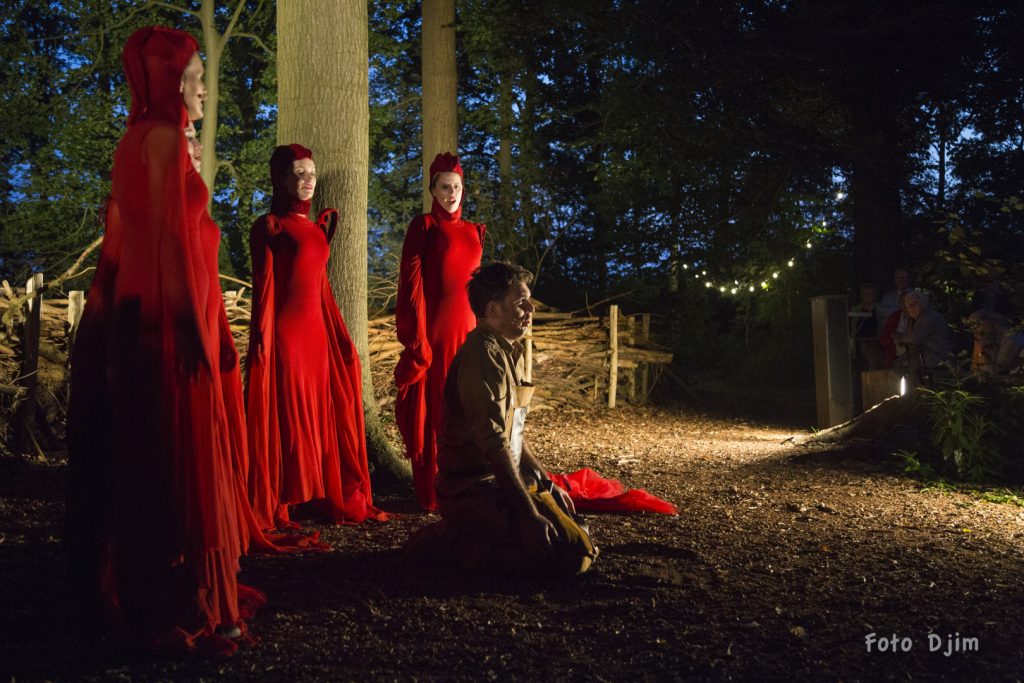 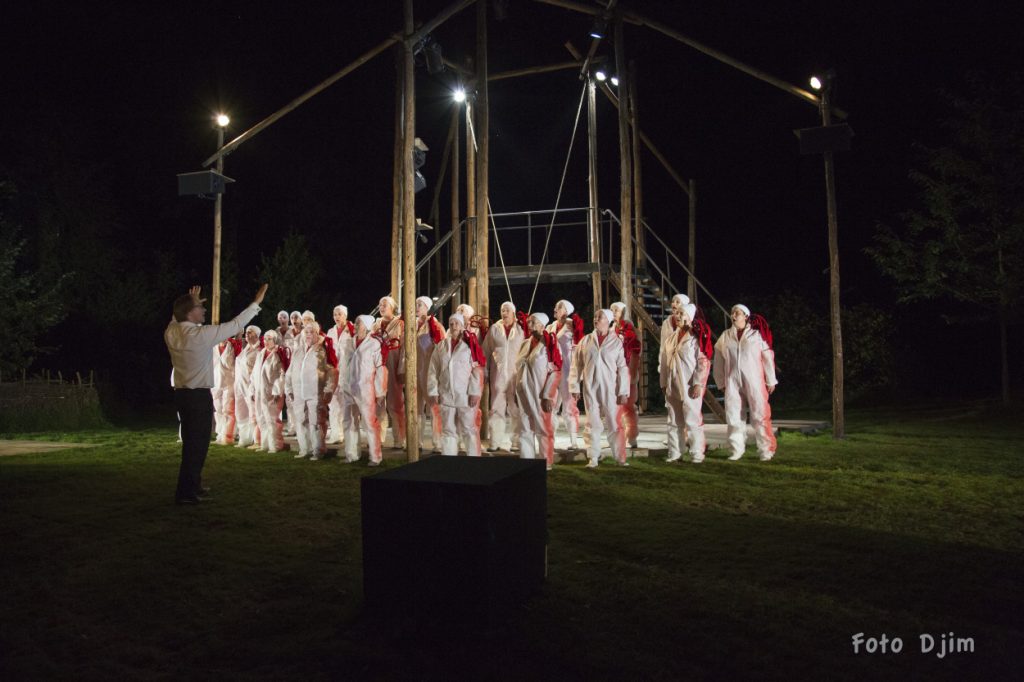 The Opera starts at the main stage with the Overture. For this, Jesse Passenier recomposed Felix Mendelssohn Bartholdy’s Overture of A Midsummer Night’s Dream. After that the music is generally using parts of Henry Purcell’s Fairy Queen, and a few additions coming from Acis & Galatea by Georg Friedrich Händel.

After the Overture, four “Tableaus” introduce the main characters in random order. The opera visitors split up into four groups to see it all: the Elf Choir at the main stage, Titania in a boat, Oberon and Puck roam the fields, and the man who gets his head turned into a donkey’s head is surrounded by another Elf Choir (photos on the left). Then, all assembling at the main stage again, the story gets told, featuring a local female Choir, especially formed for the Opera, local Wind Band Lisiduna, and five important Elves are performed by Female A Capella Group Wishful Singing. Main characters are Donij van Doorn (Soprano) in the role of Titania, Oscar Verhaar (Countertenor) as Oberon, Fabian Egli (Baritone) playing the Doney-headed Man, and dancer Kenzo Kusuda as the Puck.

The Opera gets turned into a full day event by featuring a Picknick, activities and live music by local groups before hand (photos under here). 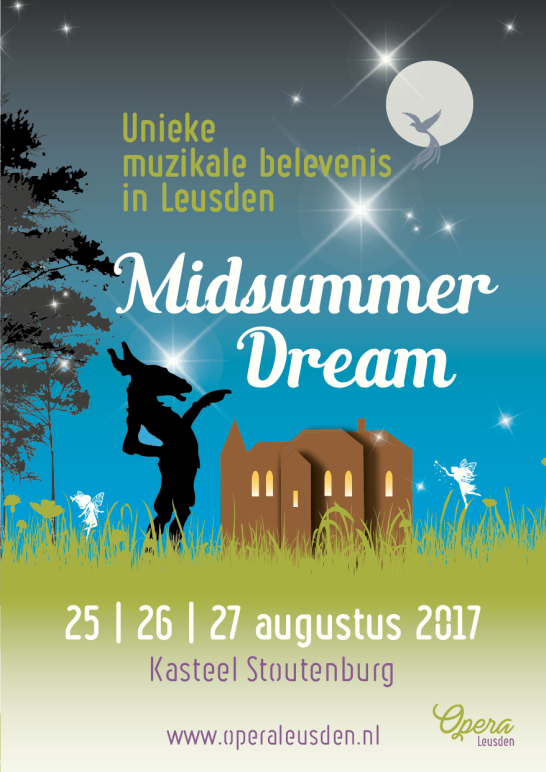 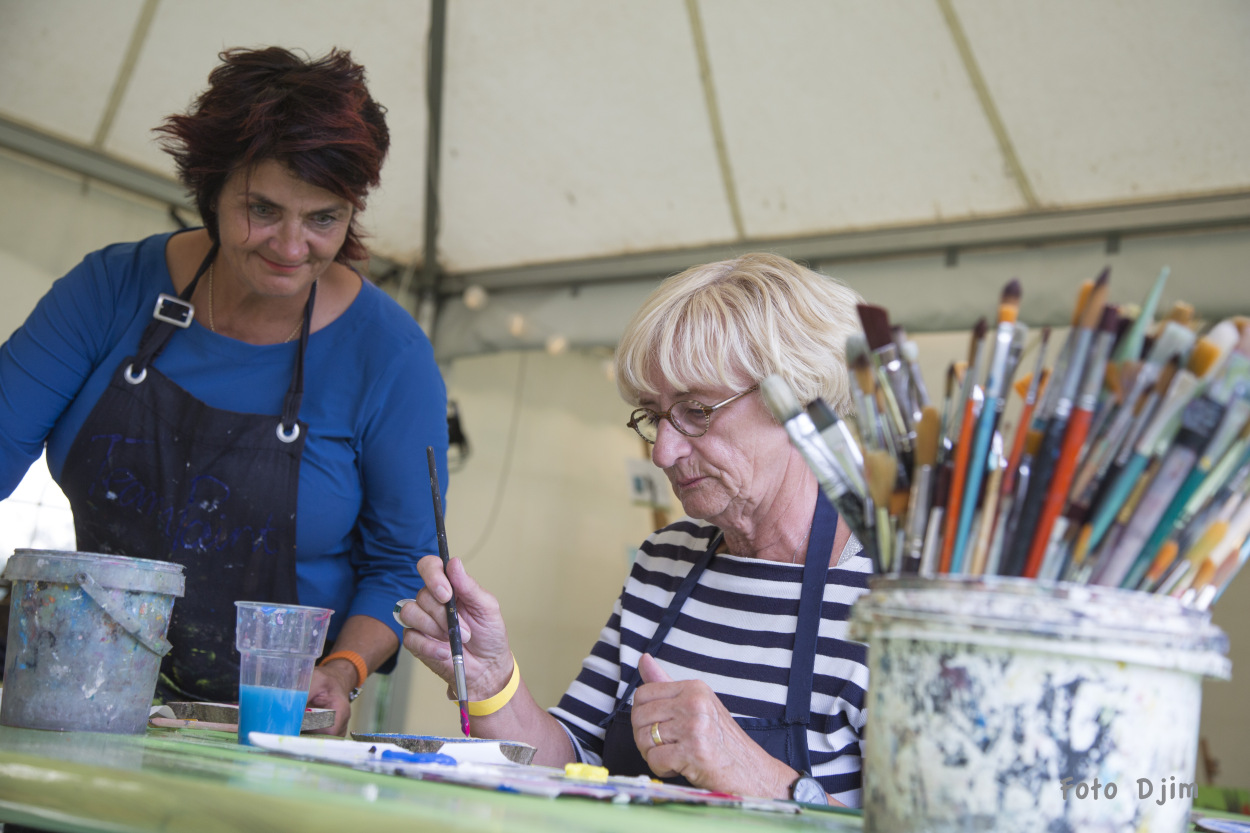 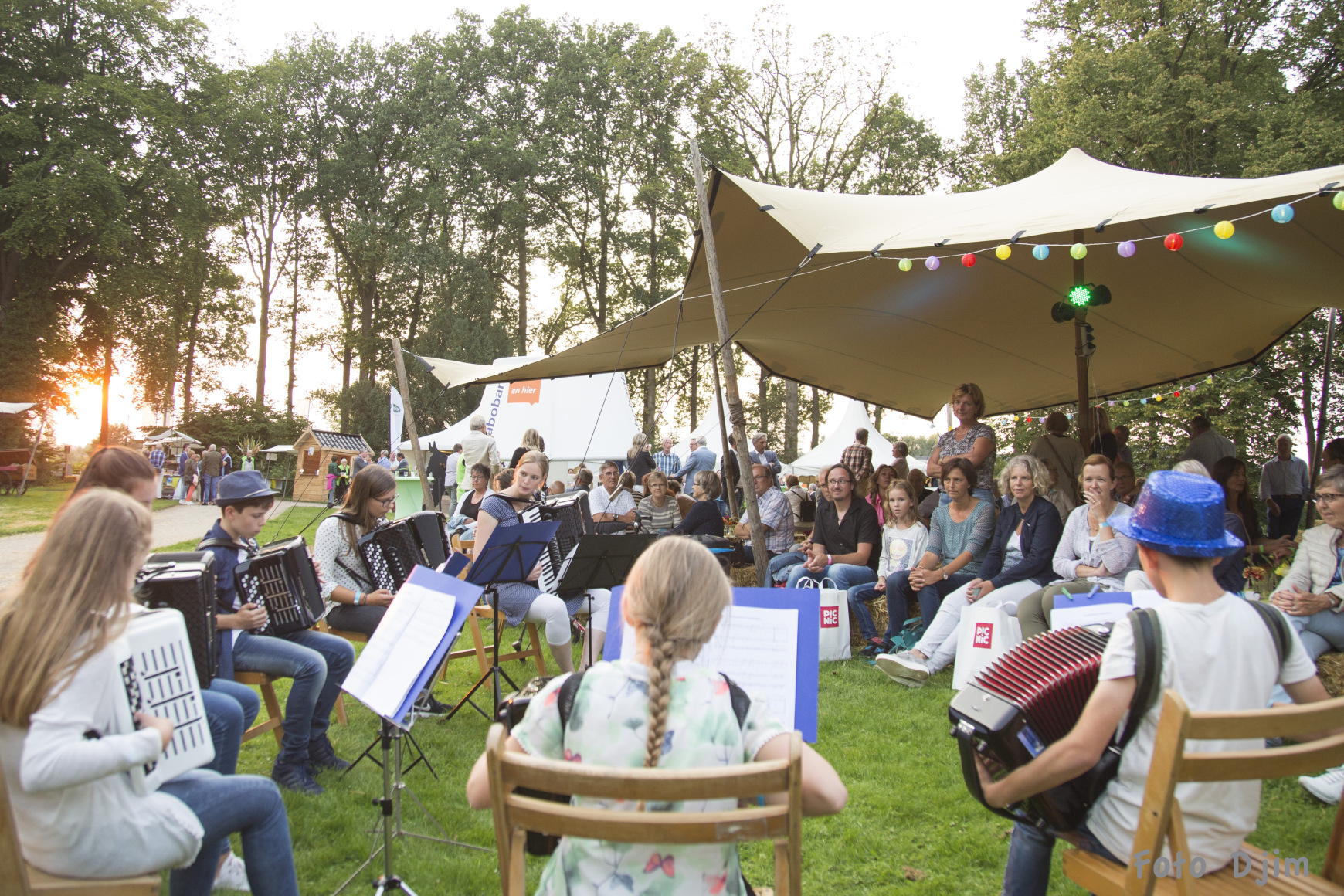 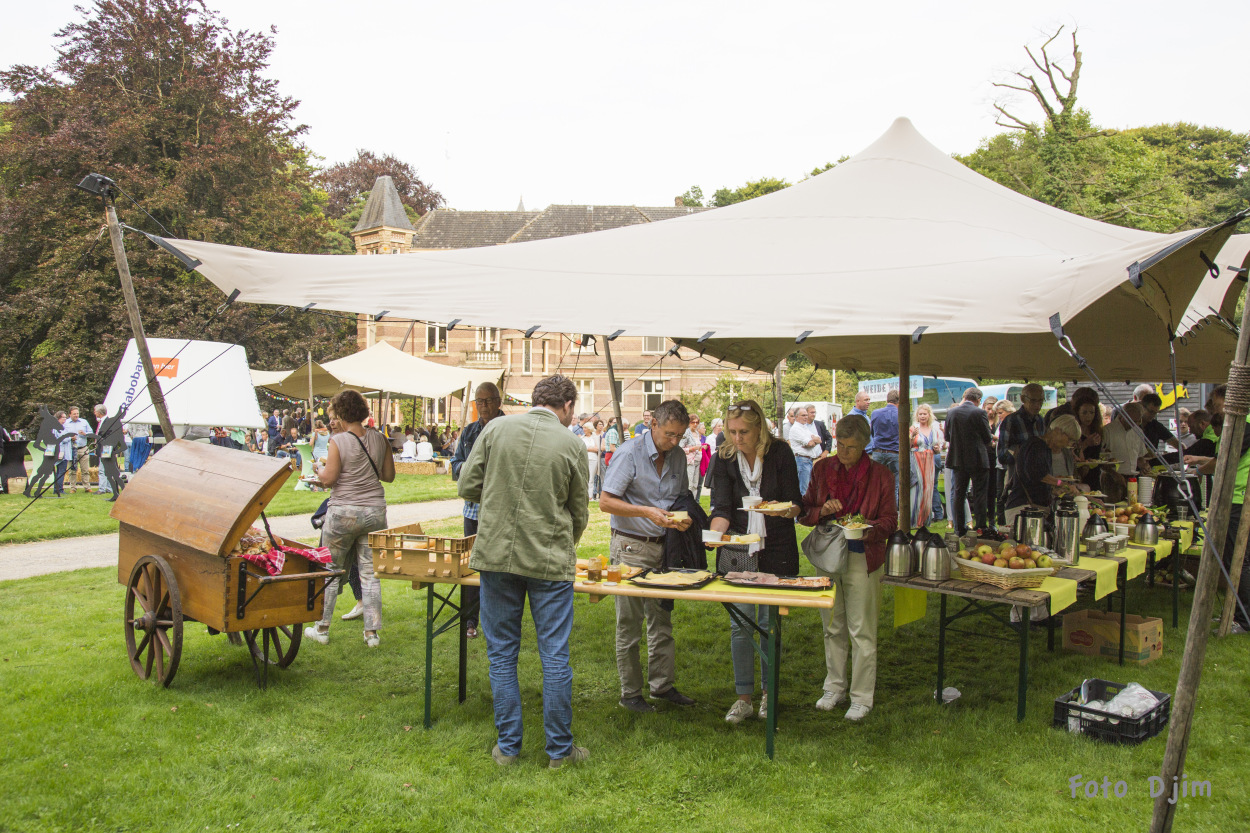 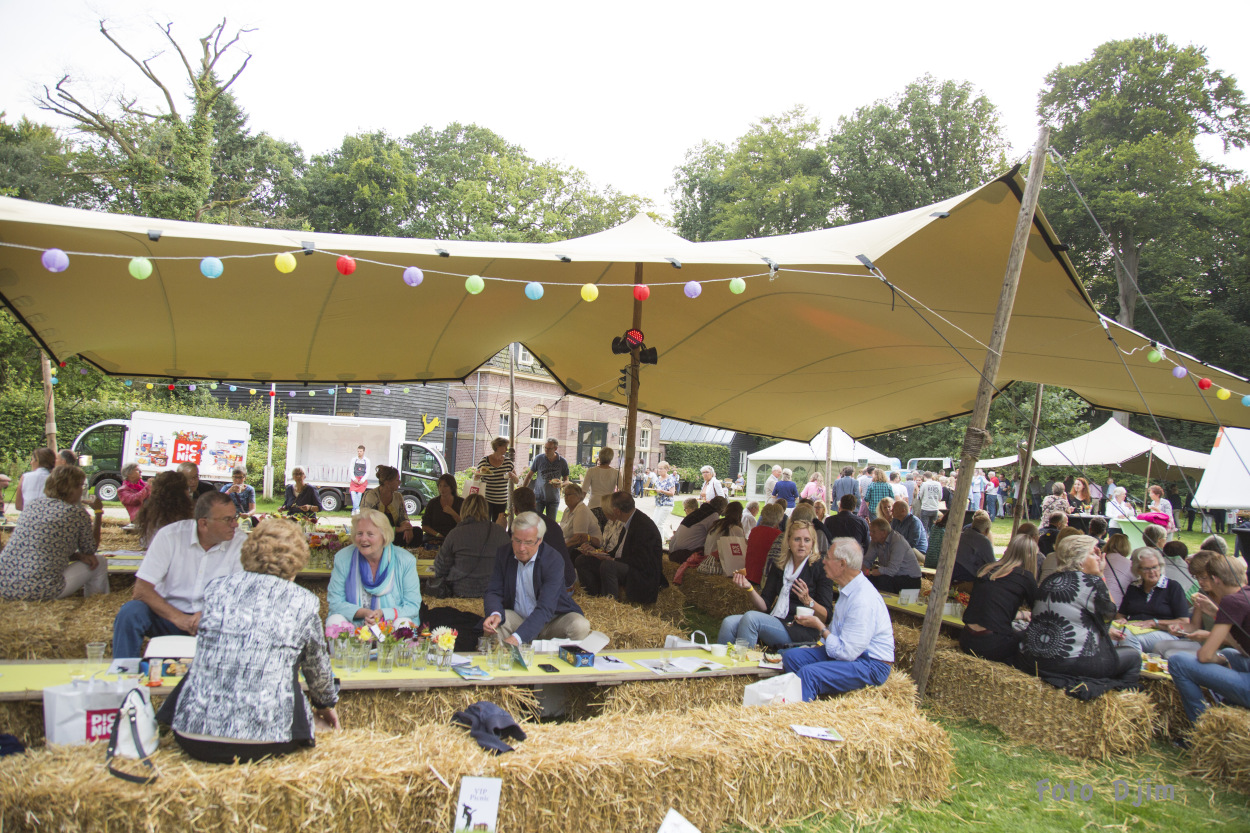