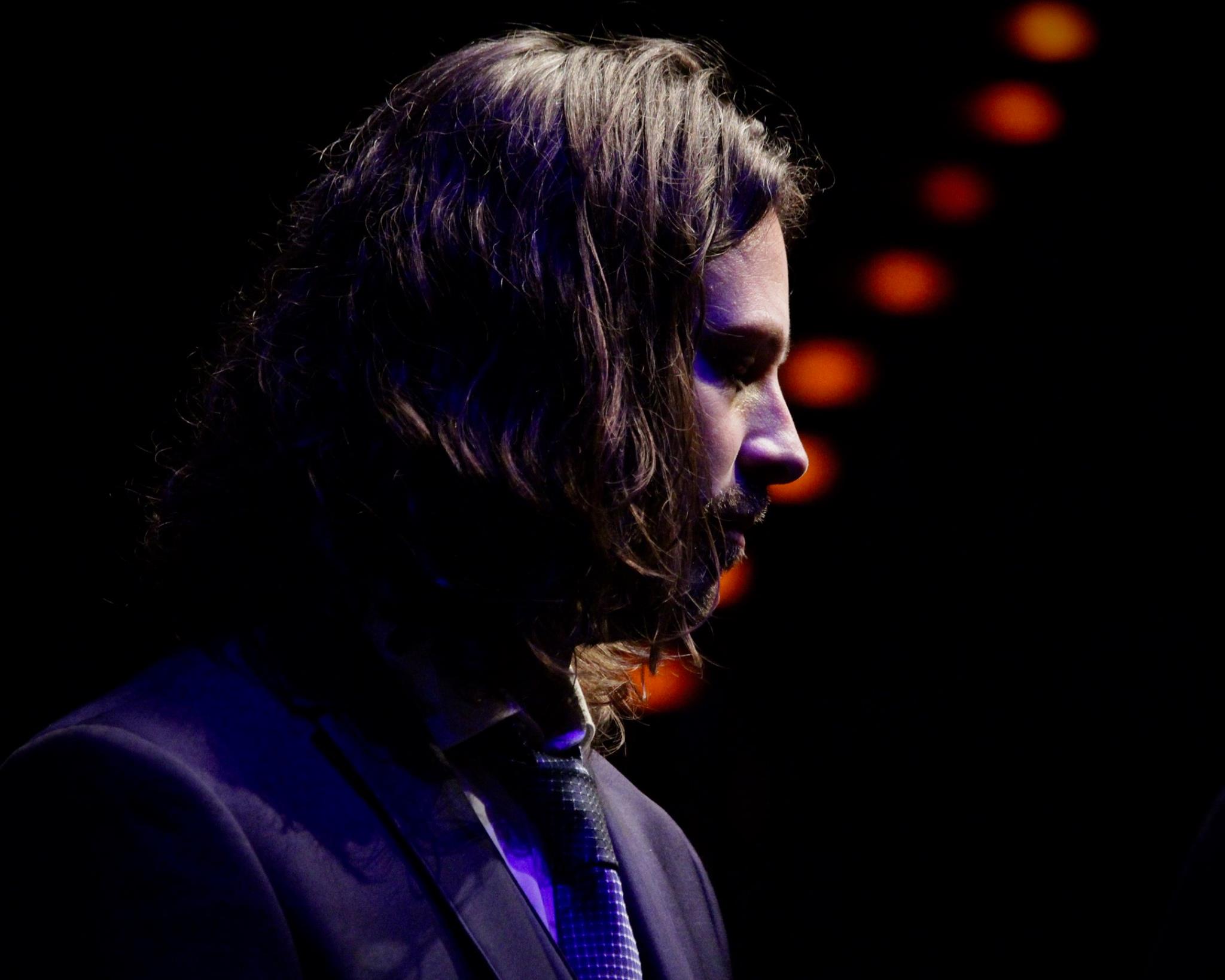 An inspiring six-hour-long meeting between Passenier and McCaughrean took place at the ESA Space Centre in Noordwijk, the Netherlands, to develop the project. Musically, the concert opener (The Sky) and the conclusion (Fire) introduced the legendary Bob Brookmeyer, composer of both pieces, to the young audience. From there, Michael Abene’s arrangment of Journey to the Sky (Harrell) set out for Azure Moon (Yellowjackets), arranged by Vince Mendoza, after which Christian Elsässer’s Moondance (Van Morrison) launched the scene to Passenier’s version of Space Oddity (Bowie), featuring odd drum samples, taken from Mars Rover sounds. Then, custom-made for the occasion, Passenier wrote two compositions, detailed under here, dealing with both the brilliant and stirring ESA mission to Comet 67P, and deep thoughts about time, relation, and deep space…

Rosetta is a piece with a double meaning, dealing both with the ESA Rosetta Mission as well as deciphering the Rosetta Stone. From the perspective of the Rosetta Mission, this is how Jesse Passenier’s composition can be understood:

Part I | Philae
When Phiae landed, it all seemed to go wrong. The lander didn’t get pinned to the surface of Comet 67P properly, causing it to drift back into space, tumbling around out of control. One can imagine: stressy, spinning, and sharp-edged music is the result.

Part II | 60 Hours of Knowledge
After gaining back control, the ESA team managed to land on the comet. Although down on the ground, Philae’s position was far from the intended landing site, with unfortunately hardly any sun to catch. This meant: instead of months of science, now there was only about 60 hours before Philae would turn off for ever, because only the solar panels would have been able to prevent that. So now, in deepest concentration, the data were collected, hence turning the music more introverted and contemplative.

Part III | Stone Cracking
The music ends with a bang, as did the mission. Because when all was done and contact with lander Philae was finally lost, the Rosetta orbiter was intentionally crashed into Comet 67P, the body it had so long worked so hard for to reach and and study.

That is one of the ways of explaining the composition. However, from the Rosetta Stone perspective, the ideas behind all movements change rather dramatically:

Remnants of the Past

Inspired by the complex relationship between space and time, Remnants of the Past, composed and arranged by Jesse Passenier, tells the story of the most distant stars and galaxies, photographed and viewed by Hubble Space Telescope and Gaia Space Observatory. What we see there now, actually happened billions of years ago.

Imagine that we’d spot someone there, and we’d be able to look them straight in the eye, we’d have the impression we’d be staring at each other. But in reality, we’d not be visible for that person at all. They’d be looking at something, taking place even double the amount of time ago in the place where we’d be standing… It’s truly like seeing a ghost.

Part I | Philae
Egypt’s Philae Obelisk, with its bilingual inscription, was an important ‘missing link’ for deciphering the Rosetta Stone, which displayed a text three ancient languages. The piece of music can be seen as the euphoric state of the linguists after this discovery, laying down the final pieces of the Rosetta Stone puzzle.

Part II | 60 Hours of Knowledge
’60 Hours’ refers to the full circle (60 x 60 minutes = 3600 = reference to 360°), so this second part portrays how linguists, in their deep thought and reasoning, brought the knowledge of the Rosetta Stone full circle.